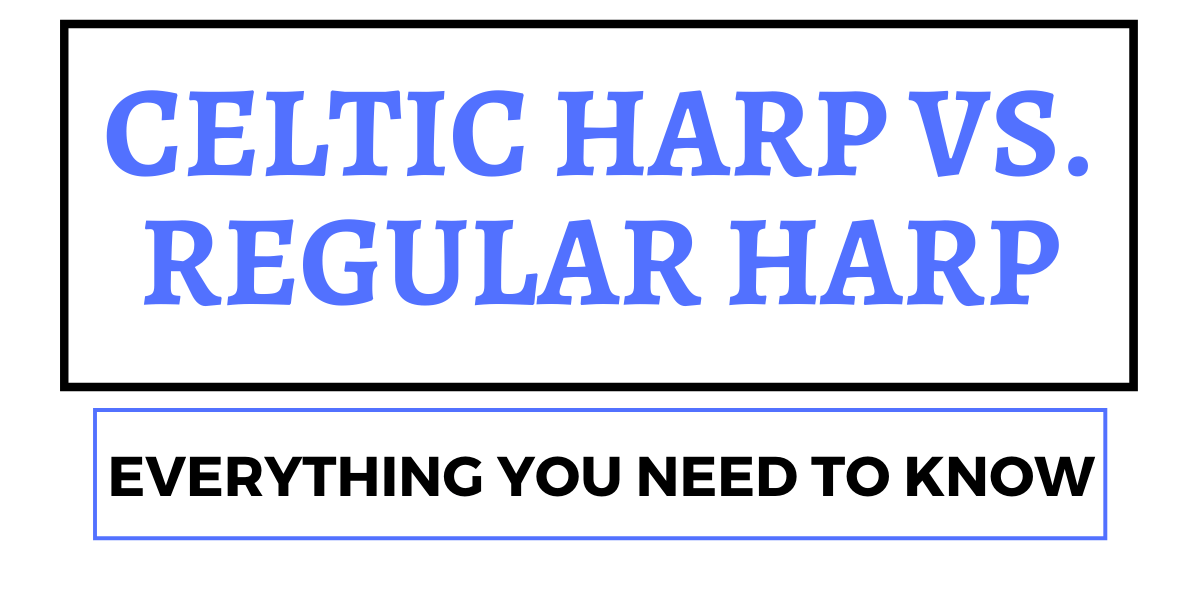 There are two essential kinds of harp.

However, you might still be confused on what the exact difference between these two types of harps is, and in this article, we will help you know more about their differences as well as their similarities.

You should not worry about this as we will take you through an in-depth explanation of the differences and similarities between the Celtic and regular harps.

Moreover, you will also learn on what should guide you to make a decision between these two types of harps. With this in mind, you will be in a position to make a knowledgeable decision as to which best serves your needs.

What's the difference between Celtic harp and regular harps?

Regular harps are extra complex compared to a Celtic harp and also come with a maximum price tag.

On the other hand, a Celtic harp has about 22- 36 strings which are minimal in size, although 36 sometimes is closer to the height of a regular harp there is a difference in terms of the models as well as the make.

As for pedal harp, it has 44-48 strings with a soundboard that is extended at the end of the bass for the addition of volume.

There is a principle variation between these two kinds of harps resulting from their chromatic flexibility.

Celtic harps are known to be diatonic; this means they are only able to function in a restricted number of signature keys. However, the fundamental changes usually are completed through the use of semitone levers.

So, in case you tune your harp on Eb, you can comfortably obtain the 14 keys, the only difficulties you will experience is in modulating it quickly in the middle of every piece compared to how it could be easy on a pedal harp. Because of its restricted figure of keys, the repertoire range is a bit more limited.

When you cross on the other side, regular harps are completely chromatic and have the potential to contact the total number of keys starting from the C-Cb major. This is achieved through the use of the pedals positioned at the end rear of your harp hence allowing you to alter keys.

Therefore, this can play the full classical repertoire.

Similarities between the Celtic lever harp and a regular harp

Both these harps have a similar playing technique apart from their comparison in terms of expenses and repertoire, so when it comes to techniques of playing the two types of harps, they are similar, and you do not need to worry at any cost.

How Much Do They Cost?

Which one should you get?

This is a tricky question, but your pocket will best decide on which one you should opt for. In case you are not on a tight budget, you should buy the pedal harp, but if your budget is low, you should go for the Celtic harp.

Moreover, it would be best if you chose a harp that will best satisfy your demands. If you’re going to be playing the harp forever and maybe even professionally then go for the pedal harp if not then go for the Celtic harp.

Therefore, to make a concrete decision on the right fit, you need to take into account the harp differences too to find the right harp that would serve you best too.

Here are the best harp for beginning harpists.

Based on the information above, you are now familiar with the differences between the Celtic and Regular harps.

Consequently, you will get to enjoy playing your favorite songs on your preferred harp.