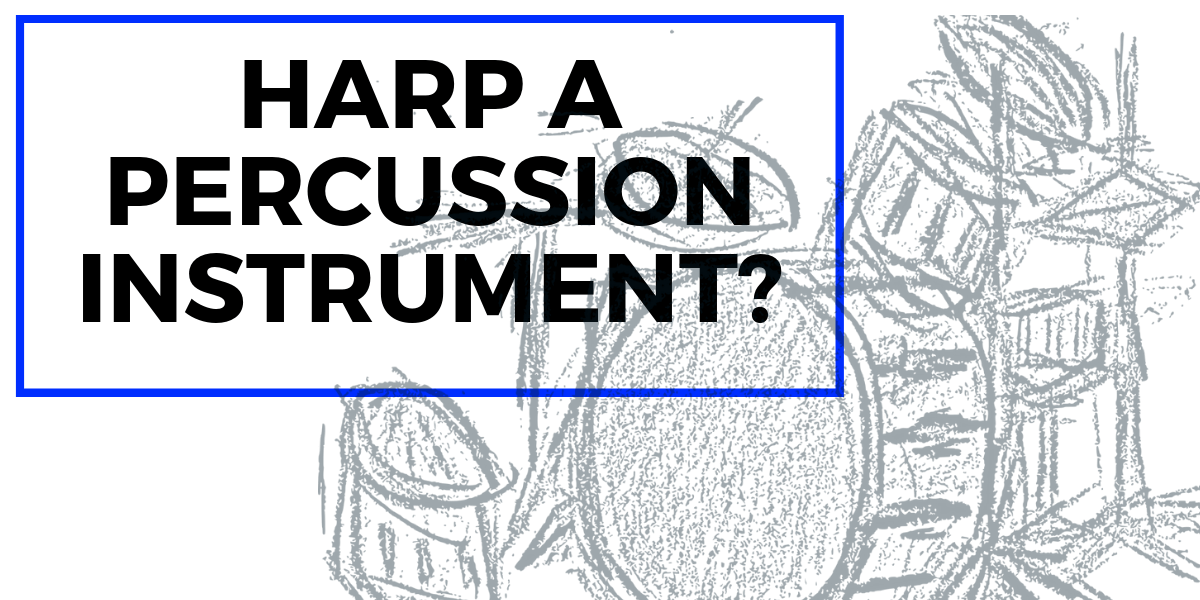 The harp, an instrument whose creation can be dated back to approximately 3000 BC, is often mistaken as a member of the percussion family of instruments when it is in fact actually a member of the string family.

It is speculated that the creation of these ancient but still well-known instruments was originally inspired by the bows of hunters and the sound made when a hunter would pull back their string before firing.

A special kind of harp called the Bow Harp is even shaped with the same curve that a hunter's bow possesses. Ancient artwork has helped people date how old harps truly are after wall murals dating back to 3000 BC were found in Egypt and Mesopotamia depicting people playing these beautiful instruments.

The lyre harp was also created around this time and is still one of the most popular types of harps used today for it’s small frame and casual play.

It’s amazing that a lot of instruments made thousands of years ago are still going strong today.

For some, the harp is also a symbol of religion given its references in the Bible.

Typically in modern orchestras, there are one or two harpists who take their seat with the rest of the musicians also playing string instruments as opposed to those playing percussion instruments such as the bass drum and cymbals.

The harps that you see in these orchestras, however, are not the same style as harps used in more casual settings.

Instead of holding the same exact designs these harps have been given the addition of seven foot pedals which allows the harpist to alter the pitch of the strings they are playing, making it ultimately easier for them to harmonize with the rest of the instruments throughout the entire performance.

These seven pedals, three on the left and four on the right,  allow them to change the pitch to seven different keys which are: (left) D, C, B and (right) E, F, G, A.

Interestingly enough these harps have anywhere from forty to forty-seven strings, almost matching the range that pianos have.

These pedals were originally added by a man named Jakob Hochbruker, a native of Bavaria, in the year 1697 and over the years they have been reimagined by various musicians who altered them to fit more modern needs.

Even though some people may think so, the harp is not a member of the percussion family of instruments. It is part of the string family.

You can learn more about the strings on a harp.